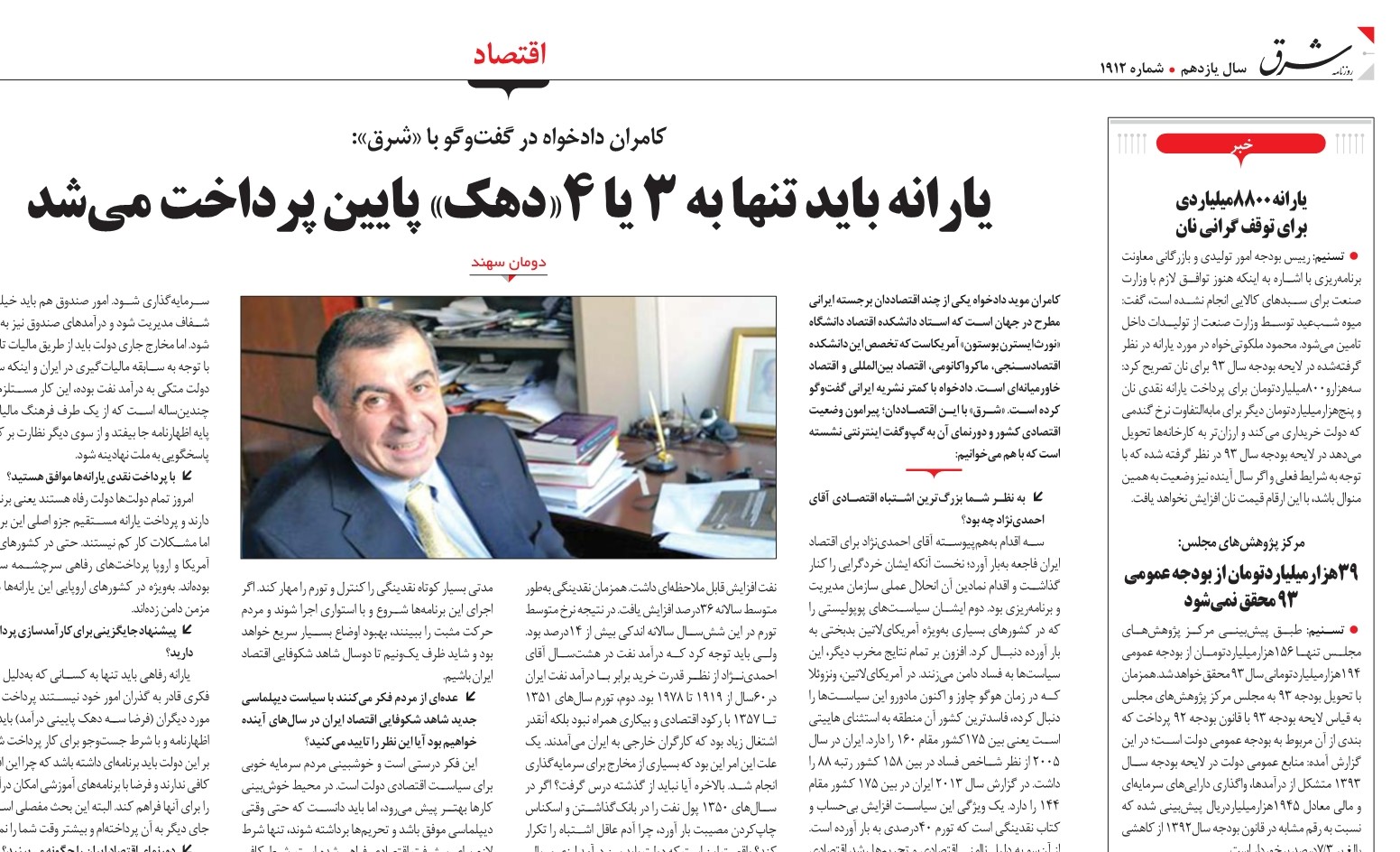 Kamran Moayad Dadkhah is among few world-famous Iranian economists. He is a professor at the School of Economy in North Eastern University, Boston, Massachusetts, US. This school specializes in econometrics, macro-economy, international economy, and the economy of the Middle East. Dadkhah has rarely participated in an interview with an Iranian journal. Shargh conducted an online interview with this economist about Iran’s economic status and its outlook.